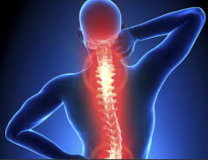 In 1918 Harry Houdini made a live elephant disappear in front of a packed house in New York’s Hippodrome Theater thus securing his place in history as one of the most skilled magicians of all times.

Sixty-five years later, audiences were enraptured as David Copperfield orchestrated one of the largest illusions of all time, the disappearance of our beloved Stature of Liberty.

Disappearing acts have long been stables of magic performances. Sleight of hand and redirection always makes us wonder how did the magician do it? Even when we know and accept the skill and artistry of magic, we are still amazed.

There is a force at work in your body that is more astounding than the greatest magic tricks ever performed. On a regular basis your body is working to stay healthy by making abnormalities and injuries disappear. Unlike magic, there is no sleight of hand. These disappearances are real and lasting changes.

One of the most fascinating disappearances is that of herniated discs. Yes, that’s right. Your body has the ability to and frequently does make disc herniation in your spine vanish!

If for any reason you have had MRI testing on your back or neck and you are over the age of 50, chances are you have been told you have a disc herniation.

Often, people are not even aware they have disc herniation as they do not experience symptoms that may be related. Research has confirmed the likelihood of having a herniated disc increases with age. Since most of people are asymptomatic or don’t experience any symptoms or pain there is no need to take undergo an MRI.

Research also has found that close to 67% of all herniated discs will be reabsorbed by the body virtually making them disappear.

People can and do have disc herniation without symptoms that will be reabsorbed by the body and thus they will never know one existed.

When people do experience pain and undergo an MRI, it is likely a disc herniation may be found. Many people assume that the disc herniation is the cause of their back or neck pain. That is not always the case.

It is important to remember that an MRI is only a picture of the structures that are currently in your body. Since we know that 67% of herniated discs disappear on their own, and neck or back pain may continue, it is easy to conclude that these herniation are not typically the cause of the pain.

This is good news for you!

There is a good chance your body will repair the disc on its own. Our bodies are pretty cool organisms. This means that invasive procedures like surgeries are not always necessary unless there are other indications.

Conservative treatment, such as physical therapy, has been shown to be as effective as surgery at reducing pain. Why? Because the source of the pain is most likely not a herniated disc, but something else that can be effectively treated in therapy.

There is no need to panic if a herniated disc shows up on an MRI. If you have another MRI in a year, there is a good chance that it will no longer be there.

It is the magician inside of you!

If it is not the herniated disc causing pain, what is it and most importantly, what will help you relieve it?

Physical therapists are very well knowledgeable of the body. They use well designed testing procedures to identify possible causes. Then design specific treatment plans that will help reduce pain and restore movement

If you are having pain, don’t worry about if your MRI shows you have a herniated disc, schedule an appointment with your physical therapist at 352-243-4422 to start on the path to recovering your health.